Is Your Business Plan Hitting The Mark For Investors? 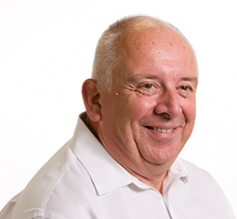 Brian joined Midven as a Non-Executive Chairman during 2009. He has had a career spanning 40 years in the banking and investment industries, mostly within the West Midlands.

Brian retired from Barclays Private Equity in September 2008 and as well as his involvement with Midven is engaged in various consulting projects and training. Brian is an Associate of the Chartered Institute of Bankers.

Brian’s background and expertise have been key to Midven’s recent fundraising successes.

“Despite the doom and gloom there are good things happening in business and we only have to look at our portfolio to see that substantial profitable growth is achievable if you have the right focus, strategy and commitment.”