Coventry based Scriptswitch is the leading provider of software designed to support GPs with patient safety information, drug switch recommendations and dosage optimization information at the point or prescribing. Midven invested in 2003 at a time when the company was still largely focused on product development, had minimal sales and was operating without a fully fledged management team.

Scriptswitch was sold to United Health UK; part if United Health Group Inc., a US quoted global health and wellbeing company in October 2009.  The transaction generated cash multiple return of over 35 times and an IRR in excess of 100% for Midven.

Its success in boosting patient safety as well as driving cost savings on prescribed drugs meant that at the time of the transaction the company’s software was used by more than 60% of Primary Care Organisations in the UK.  Annualised savings to the NHS as a result of decisions made by GP’s supported by Scriptswitch were set to exceed £20m at the time of exit.

The sale marked the end of a very successful period for Scriptswitch in which it had been awarded a Queens Award for Enterprise in the Innovation category and Mike Washburn, CEO had been announced as the BVCA (British Private Equity and Venture Capital Association) ‘Venture Capital Backed CEO of the Year’. 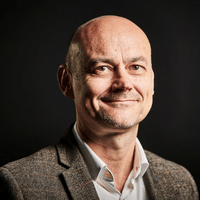