Cipher Surgical’s first product aims to solve a key challenge facing surgeons in the fast growing field of laparoscopy (keyhole surgery through the abdomen), that of maintaining continuous operative visions.  A laparoscope transmits an image of the operative site to a screen, acting as the surgeon’s eyes but the lens can become soiled by  blood, fat, condensation and other contaminants.  To clean it, which can happen 6-10 times per hour, the laparoscope is removed from the patient and cleaned manually.  As a result the surgeon’s work flow and concentration is broken and patient risk in increased.  The Laparojet is a patentable disposable which retrofits all laparoscopes and, activated by the surgeon, delivers a jet of carbon dioxide across the lens, to clear instantly.  The Laparojet is expected to be launched in Europe in 2012. 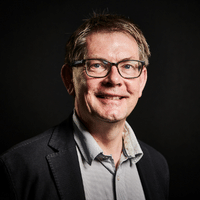 Investment Opportunity: Cipher Surgical has Developed an Innovative Piece of...

In a £44bn industry, with no single versatile solution to lens contamination, Cipher Surgical...

Cipher Surgical Limited will be exhibiting at the 23rd International Congress of the European Association...