Warwick Music Group (WMG) is now recognised as the world’s most innovative brass instrument developer and manufacturer. It has achieved worldwide sales and is a recipient of major international awards for its range of brass instruments – manufactured in plastic.

From small beginnings as a publisher and retailer of brass music and accessories, it has also become a significant player in the education sector responsible for introducing thousands of young people to music and brass playing in particular. It has also been judged as one of the most innovative companies in the English Midlands recognised for its disruptive response to what had previously been a declining brass music market.

The team at Warwick Music Group first conceived and developed the world’s first plastic trombone – pBone – in 2010 with the totally new instrument being recognised in 2012 receiving the top music instrument award in the USA (NAMM) swiftly followed by Music Inc.’s Product Excellence award, voted by US retailers. 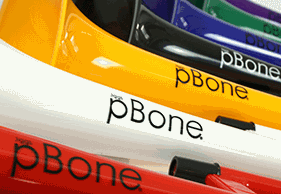 pBone, which is now the world’s best-selling trombone, has been joined by a family of pInstruments, all created by the WMG team of musicians, developers and designers, including pBone mini; pTrumpet – the world’s first all-plastic trumpet – and a totally new instrument, pBuzz, an innovative beginner instrument which teaches the fundamentals of brass playing in classrooms and bands worldwide. Available in bright colours, durable and lightweight, the instruments have proved popular with both music teachers and players alike. Each has received numerous awards and the instruments have been credited with reversing the fortunes of the brass music sector and encouraging more people to take up playing.

The company has also developed a range of educational resources for use in schools and at home whilst the original business, Warwick Music, continues to develop its range of sheet music, books and accessories for worldwide distribution.

Recently WMG has launched the online pShop selling the complete range of instruments and accessories – whilst it continues to support dealers in its principal markets of North America, Europe, Asia and Oceania (Australia).

The WMG management team includes accomplished musicians, designers, developers, educationalists and marketers – all committed to encouraging more people of all ages to enjoy playing music and passing on that enjoyment from one generation to another.

The Exceed Partnership Fund was launched in 2010 to provide expansion and development capital to Midlands-based businesses. It is aimed at businesses across a broad range of sectors with the potential to deliver high levels of growth and profitability. Warwick Music Group received the equity investment through Midven’s Exceed Fund to help the company with the development of their products.

Midven’s investment into Warwick Music Group enabled the company to accelerate its product development pipeline such as some of the pInstruments. 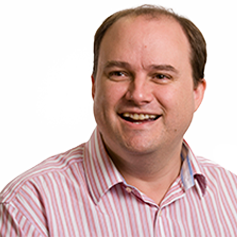 Says Steven Greenall, founder and CEO of Warwick Music Group: “We are on an exciting journey that has taken our instruments to worldwide markets. In the space of just a few years we have become a major player in the brass music and music education sectors.”

“None of this would be possible without an accomplished and dedicated management team coupled with encouraging backers. Midven is a hugely supportive investor, providing advice, guidance and contacts. Significantly, the team at Midven lets the entrepreneur run the business – allowing freedom whilst always being accessible.”

Expanding company moves to new base

A company, whose technology reduces harmful carbon dioxide emissions, has moved into a new...

Kobus in America….following the success of the Kobus Pipe Puller in North America over...